New Study Looks At Range Of Responses To Dehorning. 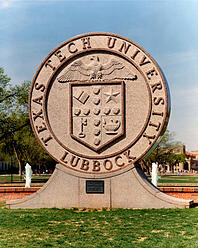 A wide range of behavioral and physiological responses occur in calves that are dehorned. A recent Texas Tech University study examined these responses in three-month-old Holstein calves undergoing dehorning or castration or both, and the effectiveness of pain relief in reducing these responses. The results provide a fuller picture of observable and biological responses to two very common management practices, with implications for both the beef and dairy industry.

We should note first of all that, at three months of age, the calves in this study were well beyond the point where more humane disbudding methods such as caustic paste could be performed. Horn buds attach to the skull by eight weeks, which is one reason why many industry organizations like the American Veterinary Medical Association (AVMA) recommend dehorning be performed “at the earliest age practicable.” The dairy calves in this study were dehorned mechanically using a Barnes or “Gouger” dehorner.

Second, pain relief was administered just prior to the procedure in the form of a local anesthetic and non-steroidal anti-inflammatory drug (NSAID). This is consistent with the AVMA’s updated welfare policy on dehorning, which recommends such pain relief methods for dehorning procedures other than early-age disbudding.

Although the differences in weight gain between the calf groups were not statistically significant, the findings suggest that the use of both local anesthesia and analgesia prior to dehorning can minimize “detrimental consequences” on calf performance and therefore economic losses. We took a look at some of the other economic benefits of pain relief for dehorning in a blog post last fall.

Such losses can be further minimized by disbudding at the youngest age possible, ideally at or within a few days of birth, preferably with a non-invasive method like caustic paste. Todd Duffield from the University of Guelph Ontario Veterinary College has noted that it is generally accepted that the younger the animal is the less painful the dehorning procedure is.

Early disbudding and pain relief aren’t topics typically raised in discussions over improving economics in the beef and dairy industry – but maybe it’s time they were.

Does early disbudding and pain relief make economic sense for your operation?